How To Make Slime: A Fun And Simple Way To Learn The Science Behind Slime Making slime is something you might remember from science class as a kid, or maybe as a fun activity during summer camp. Learning how to make slime is a fun and simple process and can serve as an educational way to have fun with the kids. It can also be a useful teaching tool for the younger grades just learning about the scientific process and how to follow laboratory instructions.

Thanks to the internet and popular social media challenges, making slime both in school and out of it has been one of the most popular activities for children and adults of all ages. And if you are a parent, it is one of the best ways to bond with your kiddos too. Interestingly enough, it’s because of social media that you can now create baches of slime that are more beautiful than ever. With color, design, and texture options including foam balls, glitter, and even sand, you can create slime that is designed specifically for your taste. In today’s article, we are going to go over some of the best ways to create slime right in the comfort of your own home. If you have never had the chance to make slime, then no worries. Our easy to follow instructions are simple and straight forward. There really is no way to mess it up! Read on to learn the science behind slime and the supplies and instructions for how to make slime. 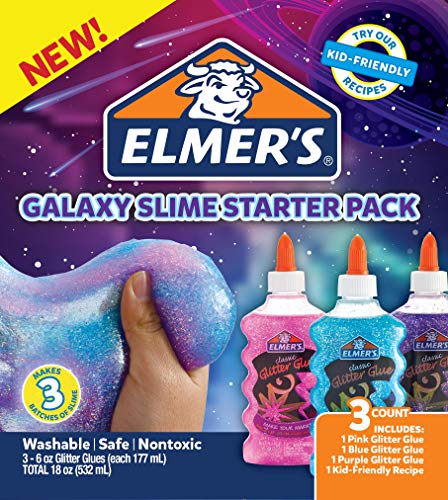 Slime is most fondly remembered as that goopy messy blob, not quite a liquid but not quite a solid, and colored any shade of food coloring you had on hand. It’s often made from glue and borax or sometimes starch and is unequivocally a messy project. The unifying thing about slimes is how they act when you hold and touch them. Learning how to make slime can inspire creativity and curiosity in nearly anyone.

Slimes fall under the classification of non-Newtonian fluids which means that sometimes they act like a solid and at other times like a liquid. We’ll go into the science later, but when you take a ball of slime and throw it against the table, it seems to solidify and hold together—not what you would expect a liquid to do. However, if you were to pour slime out of the bowl you made it in, it would run more like a liquid, not at all like a solid.

How to Make Slime The Classic Way

This first slime is most likely the one you made or saw as a kid. For this, we are going to need the following: 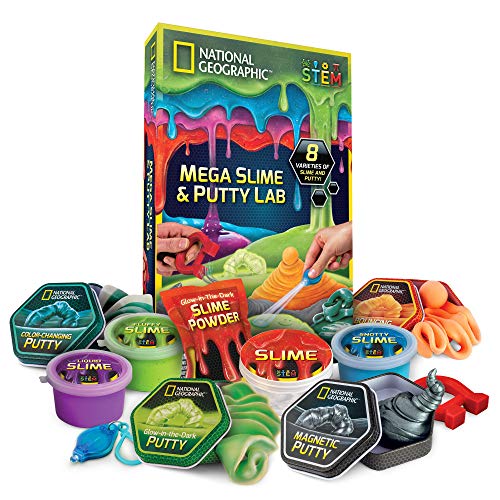 This method of learning how to make slime is fairly simple. Borax is easy to find at most grocery stores and any school glue should work well. Because of the popularity of slime, when you go out shopping for the ingredients, you will find that many glue brands have tailored their liquid glue specifically for slime production. Gone are the days of the boring white glue, you will not have options of clear colors, colors with glitter, and even textured type glues. Of course, food coloring isn’t necessary for the chemistry to take place, but it does add to the visual appeal of the slime and makes the process that much more fun. In addition to that, you can purchase different types of glitter or sand so that you can add an extra pop to your slime.

The lump you have in front of you is a full-fledged slime. Be sure to bag it up and refrigerate it if you plan to keep it overnight or for several days. Mold will begin to grow if it is left at room temperature for too long.

How to Make Oobleck

Oobleck, as it is affectionately called, is one of the more dramatic quality of slimes. This one is much runnier and messy than the last, but more starkly demonstrates the non-Newtonia properties of slime and is ideal for science presentations. “Oobleck” is a reference to the Dr. Seuss book Bartholomew and the Ooblek where a large blob named the Ooblek threatens the Kingdom of Didd. Of course, our Ooblek won’t be sentient, but it can cause quite a mess.

For Ooblek, we are going to the need the following:

Be sure the bowl is quite large and sturdy. Ooblek cannot really be carried around or left on a table like other slimes.

This is the fun part, or perhaps the part where you call up a student to try out the mixture. When you run your hand slowly through the mixture, you should feel very little resistance, like moving through a liquid. If you speed up, you’ll begin to feel more drag. If you used a large enough bowl, dip your whole hand in and try to grab and release the mixture or try slapping the top of the mixture. The mixture should tense up at times and seems to harden, to fall apart, or to dissolve back into a liquid. This can be a great time to ask for observations and suggestions for explanations as to why this phenomenon is occurring.

Obviously, stay safe in all this, and if the mixture seems to be flying everywhere, you probably added too much water and need to re-balance with more cornstarch.

How to Make Movie Slime

If you’ve seen that boiling green vat of radioactive liquid in the movies or goopy alien blood in a sci-fi flick or even flubber, that’s what we’re aiming for with this recipe. Obviously, Hollywood has more at its disposal in the effects department than we have in our kitchen, but this is a pretty good re-creation of it. This one does require PVA (polyvinyl alcohol) which you can get from chemical supply locations or online. It is non-toxic, but it should still be kept away from young children (which is true of all slimes, none of these recipes are for eating).

For this one, we will need:

Keep the slime in a jar or bag and refrigerated when not in use. Do not eat the slime. Be sure to wash hands thoroughly after making and playing with the slime. This slime should act and feel much like the first recipe. You can keep it out on a table top and throw it around and notice how the consistency changes. The only difference is this slime should be clear and gooey.

For many of the parents out there, this can just be a fun way to demonstrate how to make slime and follow a recipe with a cool payoff at the end. However, for the more educationally minded individuals, you may be wondering why exactly slime behaves the way it does.

The classic slime is made with regular craft glue which contains long polymers called polyvinyl acetate. These long chains act a bonding points for the borax which results in huge polymers, which in turn gives the slime its putty-like texture. The more you move it around and apply pressure, the stiffer it gets. The movie slime is similar although the base polymer is different. In both cases, hydrogen bonding is taking place throughout the mixture and this incidence of this is affected by the movement you impart on the mixture. That’s why if you let it sit and relax, it will gradually turn more liquid and spread out.

The Ooblek is a bit more complicated, but it functions more as a true non-Newtonian fluid. While Newtonian fluids like water or honey have a viscosity dependent on the temperature of the surroundings and pressure of the fluid itself, non-Newtonian fluids are also affected by the pressure applied to the fluid from outside sources. You wouldn’t expect water to tense up if you threw it against a wall or if you punched a bowl of it, but Ooblek does just this. It behaves in much the way that quicksand does. Other non-Newtonian fluids include ketchup, Silly Putty, and caramel topping.

Learning how to make slime can be a fun and educational way to spend a class or an afternoon. It’s easy to integrate all the skills needed to succeed in higher level science laboratory classes: supplies checklist, following instructions closely, recording results and observations, and staying safe with some relatively benign ingredients. Ooblek in particular, but any of the slimes, make for a wonderful spectacle and a way to get kids wrapped up in the fun side of science. Even in the home, kids can make slime as a great favor at parties or just a cheap toy for the day. Either way, just be prepared for the mess!