How To Make A Bow Out Of Ribbon: Beautifully Simple Design Everyone loves to see beautifully wrapped presents. Whether it’s under a Christmas tree or stacked for a party, beautiful gifts are a delight for almost anyone. However, achieving that perfectly wrapped look can take a lot more time and skill than most people realize. In our modern society, we have access to all sorts of pre-made things, such as pre-wrapped boxes and pre-folded bows. You can buy Christmas bows in huge bags and buy ribbon bows already folded on the rack. However, there’s something beautiful about hand-wrapped gifts with genuine, hand-tied bows. It’s reminiscent of another time, before everything was mass-produced. In this article, we’ll take a look at how to make a bow out of ribbon.

Quick Navigation
What Is a Ribbon Bow?
Are There Different Styles of Ribbon Bows?
How to Make a Bow Out of Ribbon
Conclusion

What Is a Ribbon Bow? 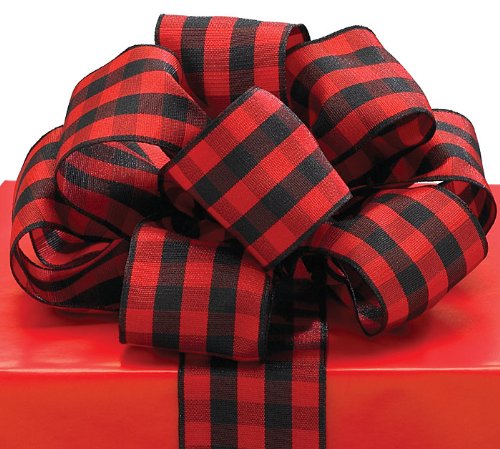 A ribbon bow is a long piece of ribbon that is wrapped and tied around itself to create loops and tails. They’re often tied in the middle to hold the bow together. Ribbon bows have been used as hair accessories, clothing embellishments, and gift decorations for hundreds of years. They’ve been associated with masculinity and femininity, historically.

The ribbon dates as far back as the 11th century and shows up almost as soon as the horizontal loom was invented. Ribbons were perfected by the French over the next several hundred years, with ribbon-making becoming a profession and children learning how to make ribbons. During this time, men and women wore ribbons equally. They were as much a part of the male wardrobe as the female wardrobe. However, in the 17th and 18th century, ribbons fell out of fashion with men as their wardrobes changed and plain suits become more popular.

During the 1920s, ribbons began being formed into intricate bows and used to decorate dresses. They become more and more complex and ornate as dressmakers found new ways to create bows. This was the height of using ribbons and bows on clothing as clothes have become less decorated over the decades since then.

When it comes to bows on gifts, humans have been wrapping gifts since the invention of paper in the 2nd century B.C. Using ribbons or bows to decorate things has always been second-nature to people. As for wrapping gifts, that came later in American culture. It was the inventors of Hallmark who first created the concept of wrapping paper. The sold patterned paper on year after running out of tissue paper, and traditional gift wrapping was born. Decorative bows followed soon after.

Are There Different Styles of Ribbon Bows? There are many, many different styles of ribbon bows. Most of them don’t have specific names, but there are lists of 25 sets of instructions for how to make a bow out of ribbon. The possible ways to tie a ribbon bow is really only limited by the human imagination. Simply consider the type of ribbon you plan to use. Here’s a list of the most popular types of ribbon:

Once you’ve chosen a ribbon, there are infinite ways to tie your bow. In the next section, we’ll take a look at how to make a bow out of ribbon.

How to Make a Bow Out of Ribbon It might seem daunting to learn how to make a bow out of ribbon, but it’s entirely possible to learn. If you think back to when you were a child, tying your shoes was very hard. However, once you did it a few times, you mastered it. Making ribbon bows is very similar. Once you get the hang of it, you’ll be able to do it with your eyes closed.

You can make ribbon bows out of anything. You can use ribbons or even just paper. There are simple bows and very elaborate bows with wired ribbon that look beautiful on wreaths and other decorations. There are big bows and small bows and everything in between. Let’s look at some instructions for different kinds of bows.

How to Make a Basic Bow Out of Ribbon You can make a basic bow with any kind of ribbon for example silk, grosgrain, velvet, or even wired. You should first select a ribbon in your desired thickness. Any width will work, but the wider the ribbon you use, the bigger the bow will be. You will need:

Cut a piece of ribbon. 15 to 20 inches of ribbon will make a nice-sized, basic bow.

Make two loops with your ribbon. Adjust the loops to be the size you want the loops of your bow to be and make sure the tails are both even.

Fold the left loop over the right loop and bring it around and then back through the center hole. Pull tight to create a knot. Always pull on the loops to make sure they’re tight. You can plus it up any way that you like. If your first bow isn’t perfect, don’t be afraid to try again.

How to Make a Paper Bow Paper bows are simple and great for disposal wrapping. There’s no reason to spend on a lot of decorations that will be thrown away, so paper bows work nicely. You will need the following:

Trace your template onto card stock and cut it out.

Put a drop of glue in the center of the bow. Fold one edge to the middle and let it stick. And more to glue and repeat with the other side.

Add glue to the tail pieces and attach them.

Wrap a band around the center and glue it down to secure your bow.

How to Make a Wired Ribbon Bow Wired ribbon is great because it can be molded however you’d like. It’s easy to fix mistakes by re-bending it. You can make a lot of beautiful things with wired ribbon. This is what you will need:

Take a piece of ribbon that’s at least 36 inches long and create a loop at one end. Fold one side over itself. Use your thumb to hold down the inside of the loop. This is the center of your bow.

Make another larger loop with the same piece of ribbon and fold it in underneath the center loop. Repeat on the opposite side of the bow.
Enter your text here...

Continue making loops, alternating sides. Make each set a little longer or bigger than the ones you’ve already done.

When you have as many loops as you think look good, make one final loop. This should be a big one and will form the tails for the bow. Trim the ribbon close to the center of the bow.

Tuck the last edge under. Use a pipe cleaner under the center loop to gather all the loops of the bow. Twist it around everything to secure and trim edges.

Cut the long loops in half to make the tails for your bow.

Fluff everything up to make it look full and to your liking. Trim the tails at a diagonal to create two points to each tail if you'd like.

How to Make a Floral Bow Out of Ribbon A floral bow is generally used by florists to add a bit of decoration to vases or corsages. They use floral ribbon, which is flat and waterproof. You can also use this kind of bow on wedding decor, baskets, or gifts. Satin ribbon is a great choice for this kind of bow. You will need:

Cut a 12-inch piece of ribbon and a longer piece that will determine the size of your bow. It should be about 1 to 2 yards.

Create a loop with the end of your long piece of ribbon and then twist it.

Holding the twist tightly with one hand, make another loop on the opposite side on the bow. Then twist that side as well.

Repeat these steps. You should make alternating loops until your bow is the size you’d like it to be. Make as many loops on each side as you like. You should still have some hanging ribbon, which will become one of your tails.

Use the shorter piece of ribbon and tie the loops together. Tie the knot at one end but leave the second, longer end loose to form the second half of the tail. Double knot it so the bow is secure.

Trim the tails and fluff the individual loops to your desired fullness.